The main goal of psychoanalysis (PSA) and long-term psychoanalytic psychotherapy (LTPP) is to gain a greater sense of inner freedom, symptom reduction, prevention of its recurrences and a more enhanced, higher quality of life even after termination. PSA and LTPP can create structural changes, a more rapid symptom reduction, and enhanced social functioning culminating into a better quality of life even after termination.

These types of therapies are conducive towards understanding not only the meaning of the symptom, but also the context of an overall picture of the person as a dynamic, growing, feeling, changing human being with conflicts, fears, anxieties and psychological defenses. It consists of working to identify and explore recurring themes and patterns in the individual’s thoughts, feelings, self-concept, relationships, and life experiences. In some cases, the analysand might be acutely aware of recurring patterns that are painful or self-defeating but feel unable to escape them. In other cases, the s/he might be unaware of the patterns until the analyst helps him/her to explore, understand and begin a process of working through.

The individual’s ability to form relationships in the family as well as outside of it, his/her strengths and weaknesses and how these factors shape the person’s character and personality are all part of this approach. The relationship of the analysand, referred to as transference to the analyst, becomes a fulcrum to the treatment especially since it governed by conscious and unconscious repetitions of early important relationships attached to significant people that are displaced and projected into the person of the analyst. Transferences can be positive, negative or ambivalent. It is through the transference and countertransference matrix that the analyst can best understand many facets of the person’s character structure and personality and it is through a transference neurosis associated to a psychoanalytic process that the analyst can enable the person to identify patterns, including intergenerational transmissions of past histories into the present, relationships with significant others and patterns of behavior. The ultimate goal is to work through the sources of his/her distress towards satisfaction in the areas of love, ability to work and to play.

Despite some research caveats, some more complex than others, the following unpublished presentations and articles validate the effectiveness of PSA and psychoanalytic psychotherapy and suggest that they represent the most viable of techniques.

In a naturalistic, non-manualized once weekly treatment using a psychoanalytic psychotherapy approach with patients spanning a period of two years, Muhlegg (2012, 2018, unpublished) found that there were significant positive changes in their  GAF scores (Global Assessment of Functioning) including receding symptoms of anxiety and depression, positive changes in interpersonal relations, positive changes in transference patterns (from hostile and resistant to receptive), in addition to positive health care utilization, productivity in work and in university studies. In her work at a large Montreal-based hospital, Muhlegg demonstrated the effectiveness of psychoanalytic psychotherapy as a treatment modality using clinical material complimented by process and outcome measures with psychometric properties that showed significant improvements in many areas of her patients’ overall functioning. Based on treatment measures including the GAF Hamilton Anxiety and Depression rating scales, and PRQ Weston 2000 questionnaires, she measured the patient’s symptoms, interpersonal problems, health care utilization and work productivity, global functioning and relationship transference patterns. Her findings have shown that a psychoanalytic psychotherapy approach can lead to significant structural changes, and a receding of patients’ symptoms with sustained remission.

Leuzinger-Bohleber et al, (2003) conducted a retrospective study with a representative sample (n=401) of patients who had terminated their PSA treatments between 1990 through 1993 (average 6.5 years after end of treatment) and found that they had achieved good and stable psychic changes (treatment measures included self-evaluation, their analysts, independent psychoanalytic and non-psychoanalytic experts and research questionnaires). The authors found the majority (83.7 per cent) reported personal well- being and about two-thirds reported that their well-being had remained stable, and had comparable improvements of physical and psychological complaints, relationships to self and others, work ability based on self-rated assessments and those conducted by their psychoanalysts. Patients had good outcomes in PSA and psychoanalytic long-term therapies. About 80 per cent reported positive changes in their well-being (83.7 percent), personal development (85.2 percent), relationship to others (79.2 percent) and between 70 and 80 percent regarding coping with life events, self-esteem, mood, life satisfaction and work ability.

Shedler (2010) has reviewed existing empirical evidence that supports psychodynamic or psychoanalytic treatment, (he uses both terms interchangeably). He does not compare treatments or literature thereof. Instead, he reviewed empirical evidence supporting psychanalytic psychotherapy. Despite several caveats, Shedler outlines the available evidence that actively supports psychodynamic therapies underscoring that the effect sizes are as large as other treatments that have been empirically supported. Shedler has asserted that there are significant findings to show that the benefits of psychoanalytic psychotherapy are not transitory as with other treatment modalities. Rather, they are long-lasting even beyond symptom remission. He concludes that psychoanalytic psychotherapy fosters inner resources and capabilities conducive to more gratifying lives.

In a study for Major Depressive Disorder (MDD), Huber et al (2012) found that recurrence and relapse are common after short-term treatment and chronic cases are insufficiently treated. Researchers compared psychoanalytic (PA) and Psychodynamic (PD) to Cognitive-behaviour therapy (CBT) with a three-year follow-up. The researchers questioned whether PA and PD is sufficiently different to CBT at three-year follow-up as it concerned symptom improvement, social-interpersonal improvement and change in personality structure. The findings showed that at three-year follow-up, the rate of remission from depressive symptoms was 83% in the PA group, 68% in the PD group, and 52% in the CBT group.

These and many other studies, too numerous to list here, suggest that there is significant value in PSA and LTPP as treatment choices. In ending, we can conclude that the ultimate goal of these modalities is to begin the process of working through the sources of the person’s distress towards satisfaction in the areas of love, ability to work and to play.

Leuzinger-Bohleber M., Ulrich S., Ruger B and Beutel M. (2003) How to study the ‘quantity of psychoanalytic treatments’ and their long-term effects on patients’ well-being. International Journal of Psychoanalysis, 84:263-290.

Send us a message 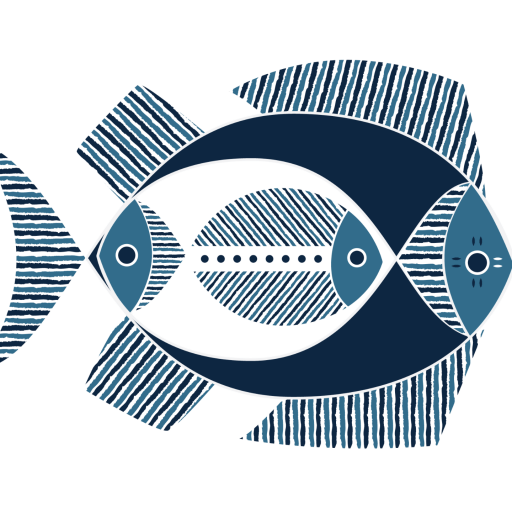